Smart fusing replaces traditional melting fuses in relays with semiconductors, an approach that enables intelligent power management, as the fuses throughout a vehicle can be managed centrally.

This is especially critical with electric vehicles; if the battery is running low, the system can use the smart fuses to switch off functions judiciously for brief periods of time throughout the vehicle. For example, less critical features that require significant power include seat heaters or window heaters. The system could decide to switch off these functions for short intervals that would be imperceptible to the driver in order to free up power when more vital functions are demanding peak loads, such as power steering during a sharp turn.

Second, a smart fuse can detect when the wire attached to it is close to failing and pass that information back to a central system. This kind of predictive maintenance helps drivers address potential problems before they affect vehicle operation. And it is especially important to fleet operators responsible for maintaining large numbers of vehicles.

Third, smart fusing allows for savings in cabling. In the past, wires had to be designed up to 30 percent larger in diameter than physically needed to allow enough tolerance for peak loads without having a melting fuse blow. By contrast, with smart fusing, wires can be specified to the physical limit of the load over a specified period of time. That often means a reduction of one wire gauge — for example, going from 4mm2 to 2.5mm2 — and therefore a reduction in weight. 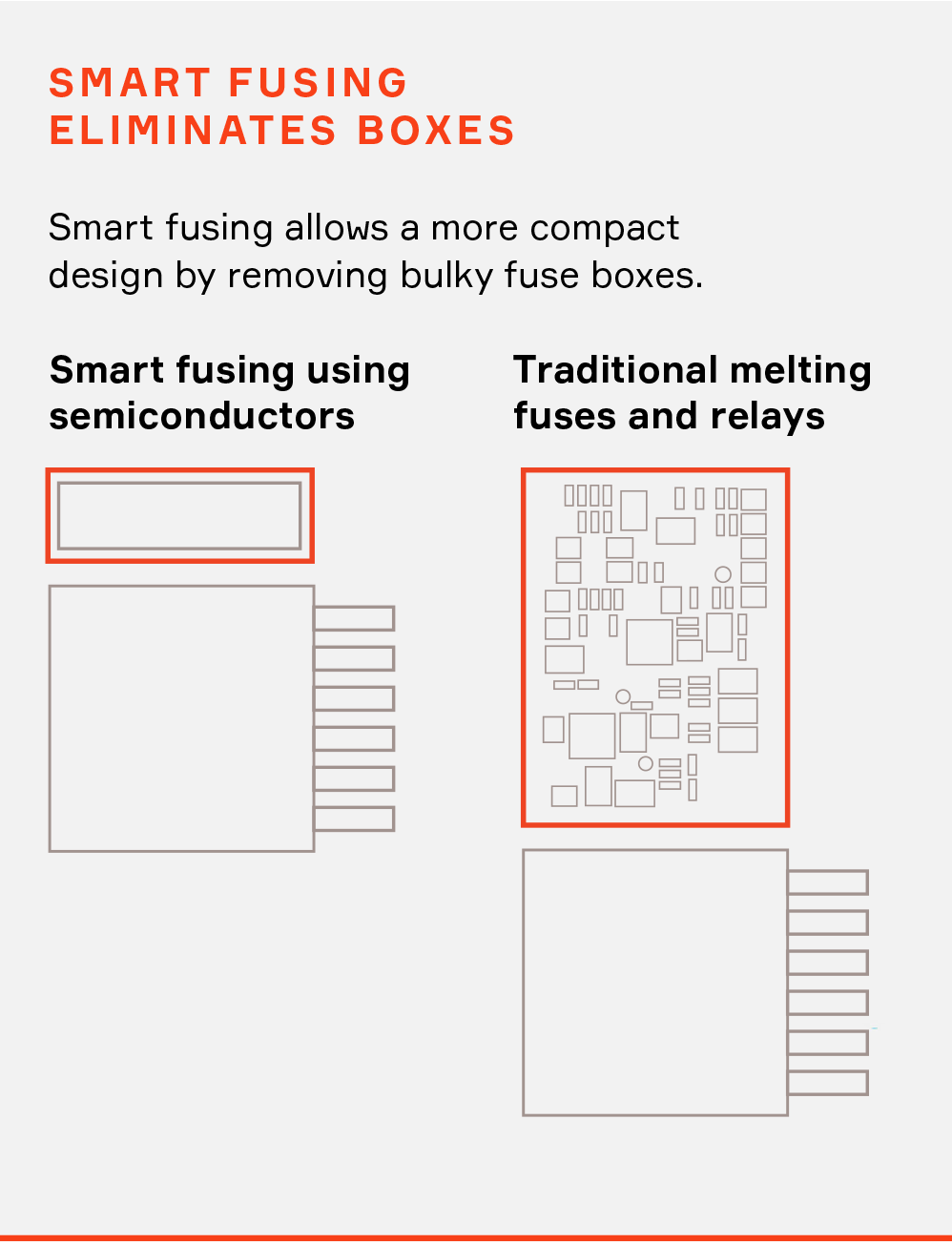