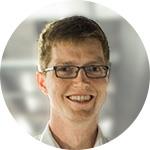 As companies develop active safety systems, it is important to know how drivers are likely to behave under altered driving conditions. How do fatigue, stress or alcohol consumption affect the actions of drivers when faced with different traffic scenarios? How will drivers’ potentially risky behaviors affect other road users, including pedestrians, motorcyclists and bicyclists?

Safely obtaining this data — and validating that the systems are able to handle the scenarios — is essential for development of these life-saving technologies. To find the answers, Aptiv engineers are conducting cutting-edge research through the use of virtual reality simulations to study the behavior of drivers in urban traffic environments under various driving conditions.

The goal is to develop accurate behavioral models so that researchers can develop measures to prevent accidents, both in the realm of driver education and in the development of new collision prevention systems in vehicles.

The first experiments of the project began in 2018, when Aptiv engineers created a data acquisition system and began collecting data from volunteer drivers of vehicles on the roads of Rome, Italy, and Burgos, Spain. Drivers used their own vehicles in their daily commutes to register their behavior in real-life situations. Cameras were mounted inside the vehicles to record the drivers’ facial expressions. Other instruments captured data about the traffic the vehicle was operating in, such as the movements of other road users, as well as the speed and location of the vehicle.

Researchers investigated three common and potentially tricky driving scenarios: left-hand turns, entering and exiting a roundabout, and interactions with pedestrians at crosswalks. They formulated test procedures to fuel an extensive analysis of driving behavior in which psychologists identified repeatable patterns of risky behavior.

Analysis of the data showed that when drivers enter a roundabout at the end of a straight road, they tend to enter at high speed and commit rule violations. When they exit the roundabout, they often have trouble detecting pedestrians. And generally, when drivers are bored or driving on a familiar road, both drivers and motorcycle riders tend to commit more rule violations.

In the second phase of the research project, Aptiv engineers used the data collected in the first phase to devise similar experiments on a closed track in Kraków, Poland, and in a virtual reality simulation. Again, volunteers drove the cars and motorcycles involved in the tests and acted as pedestrians in urban scenarios — for example, standing on the sidewalk at a crosswalk. This time, researchers also used gaze tracking to collect data on where the volunteers were looking and EEG headcaps to capture their physiological responses.

The objective was to capture the behavior of drivers in a controlled environment in order to collect reference data. The results from the closed-track scenarios were correlated with results from virtual reality (VR) scenarios in a virtual twin of the test track, to see if, for example, frustration and haste have the same impact on reaction time in both worlds.

In this phase, researchers are able to use VR to put drivers into virtual simulations of dangerous situations without ever putting anyone in harm’s way. The drivers sit in full-simulation cockpits with high-resolution displays, interacting in a virtual world with other drivers and bicyclists in their own cockpits and with pedestrians wearing VR headsets. Drivers can be subjected to stress, fatigue or boredom while in the VR driving simulation. SIMUSAFE also can safely test drivers at various blood alcohol levels to observe their responses to simulated situations at differing levels of intoxication.

Recording this type of real-time data is exceedingly complex. The system needs to be able to capture the instant that the stimulus occurs (a traffic light turning red, a pedestrian stepping off the curb into traffic), to precisely measure the driver’s reaction time, and to compare normal reaction time with reaction time under the altered state.

The SIMUSAFE research project is scheduled to continue through May 2021. It has allowed Aptiv engineers to look deeper into the human factors of vehicle safety and will help us continue to push the boundaries in driver state sensing, interior sensing and user experience solutions, allowing us to improve our awareness of driver attentiveness and determine what actions to take — all in a fast, safe and repeatable way. 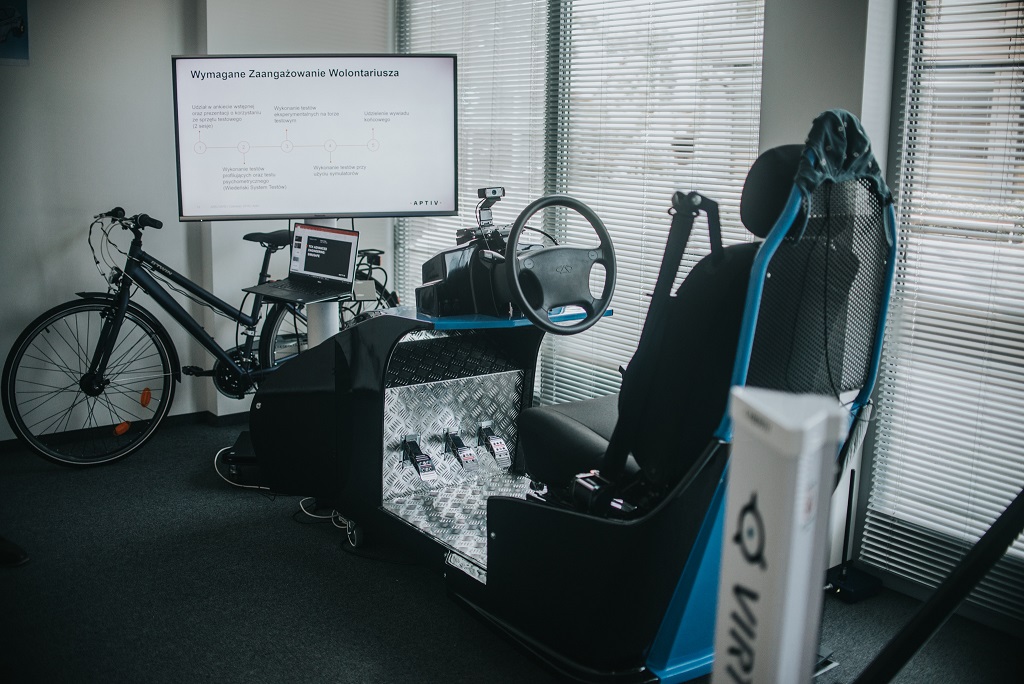 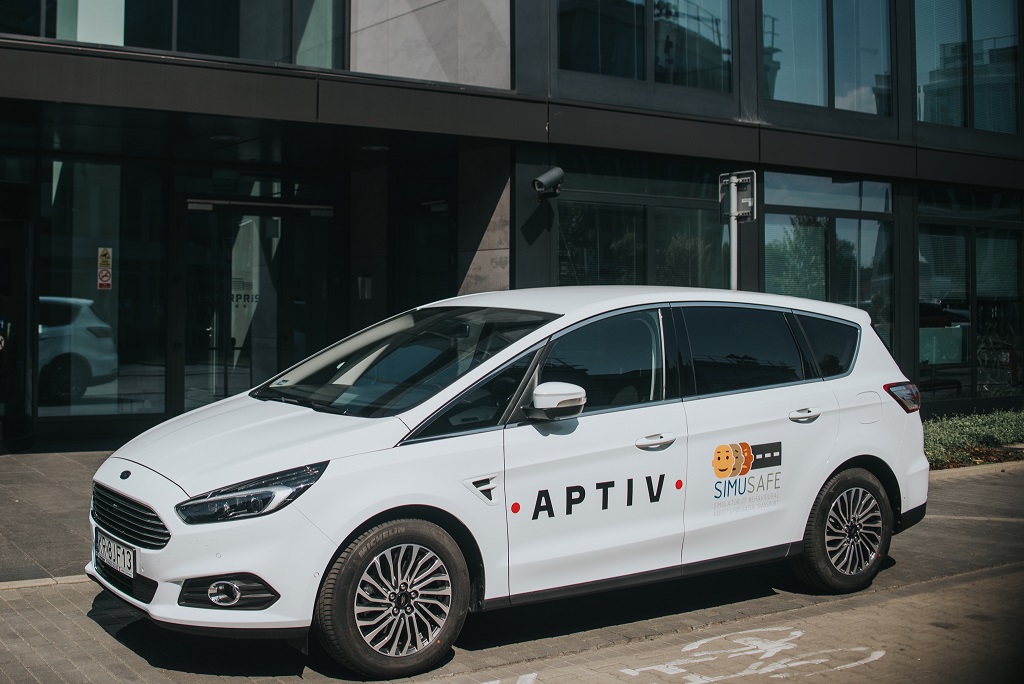 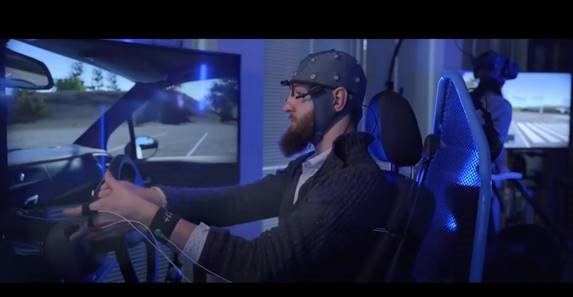 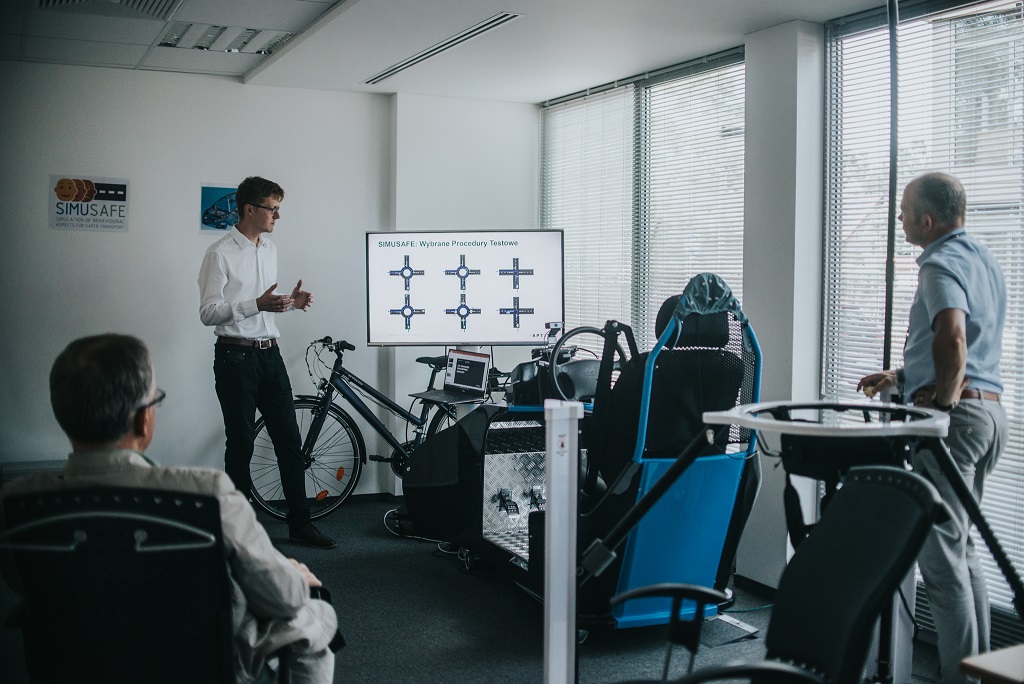